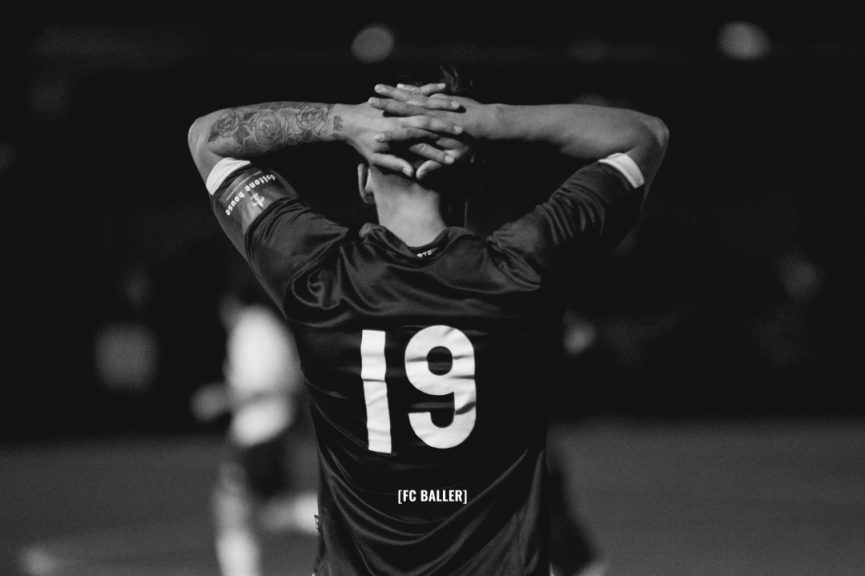 APIA Leichhardt hosted SD Raiders in the final round of qualifying for the main section of the FFA Cup. The home side, current joint-leaders in NPL NSW 1, were expected to do it easy against a side currently in 7th in NPL NSW 3. Two divisions difference, but nobody told the Raiders.

It was a healthy atmosphere at Lambert Park. The scoreboard had the black background (people who watch Sydney FC NPL games at Lambert will know the white blinding light). The fence was well manicured. The crowd was lively.

APIA has their Tiger’s Den, which was awfully quiet for much of the night. In truth, this was apt for the performance their side put in. They dominated the entire game. Wave after wave of possession and attack was thwarted by poor shooting, the frame of the goal or the outstanding SD Raiders goalkeeper, Tomi Romic.

Romic was absolutely outstanding between the sticks. When called upon, his efforts were magnificent and for the most part, Romic was carrying his team on his back. That is in no way a sleight against his teammates. SD Raiders were actually well structured defensively though they offered little in attack.

It felt like one of those nights for APIA. Dominant as they were, they could not find a goal. As the first half wore on, the Raiders’ faithful found their voice. Chants of “RAIDERS! RAIDERS!” filled the cold air.

Late in the first half, what seemed like a little-to-no-contact tackle by an APIA defender in their penalty area was punished and awarded to SD Raiders as a penalty. The APIA fans were enraged. They dropped four letter bombs and some obscene Italian profanity. I couldn’t help but giggle.

The Raiders’ player stepped up and duly converted to give the NPL3 side an unimaginable 1:0 lead with a few minutes left in the first half. The traveling hordes erupted. “RAIDERS! RAIDERS!”

The #MagicOfTheCup was on the menu at Lambert Park as the first half ended. Domination by APIA but for a lack of concentration (or poor refereeing arguably, I was too far away to make a fair call) led to them being down at halftime.

Around me, the APIA fans were fuming at the penalty. Lots of swearing towards the officiating but to their credit, they also heaped praised on Raiders ‘keeper Romic. Romic had been beaten on at least 3 occasions but the frame of the goal had rescued him. When he actually had to make a save, most of the shots were directly at him.

The second half started and carried on in the same fashion as the first. APIA continued to dominant but the Raiders were defensively resolute. The home side was throwing everything at the visitors, including the kitchen sink and any other kitchen sink they could find. Nothing was working. Tomi Romic continued to grow in stature, as he was required to make highlight-worthy saves.

Pockets of “RAIDERS! RAIDERS!” chants filled the second half. The APIA fans around me continued to be amazed at what they were seeing. I continued to laugh at them.

As the game was heading towards the final whistle, everyone at Lambert Park was well and truly in #MagicOfTheCup mode. We were minutes away from an upset and both sets of fans were anxious.

Who would make the television rounds of the FFA Cup?

Could the Raiders pull off the upset?

Did APIA have anything in them to get to extra time?

As the final minutes wore down, the fourth official signaled four minutes of injury time. Could the Raiders do it?

By this point, it was a tornado of APIA attacks. Eight of their 11 players were camped inside the Raiders penalty area. But nothing was happening. Shot after shot, and it was either Romic being heroic or the shots sizzling sky high.

APIA themselves got a penalty deep, real deep, into injury. Could Romic provide one more heroic action? Would APIA finally save some face and send the game into extra time?

APIA’s penalty stepped up and…

GOAL! That was the last kick of regular time and we were headed into extra time!

I really want to write something different about how the match went in extra time. But it was really no different. Only Romic is worth writing about at this point. There is not enough space of words to describe his efforts throughout, especially throughout extra time.

And with extra time in full swing, the crowd became heavily involved. They traded chants of “APIA! APIA!” and “RAIDERS! RAIDERS!” While APIA continued to dominate, they found themselves a Goliath in Romic, who only increased his efforts to over 9000!

Fans of both sides were amazed at the goalkeeping on display by Romic. Even injured, Romic was supplying highlights and doing everything he could to get his team to penalties. The APIA fans around me were astonished at what they were witnessing.

But the magic ran out.

With a few minutes remaining, the might of APIA finally broke through to score what ended up as the winner.

APIA’s young fans ran onto the field at full time, embracing their heroes. The Raiders faithful serenaded their side in spite of the loss. “RAIDERS! RAIDERS!” And deservedly so. It was a great night of football and in Romic the fans, especially young goalkeepers, in attendance found a new hero.

SD Raiders did themselves proud with a heroic defensive effort, one that should give them great confidence in NPL3. Meanwhile, APIA dragged themselves into the main section of the FFA Cup for the first time in their history.

For APIA at least, their #MagicOfTheCup experience continues for at least another game.