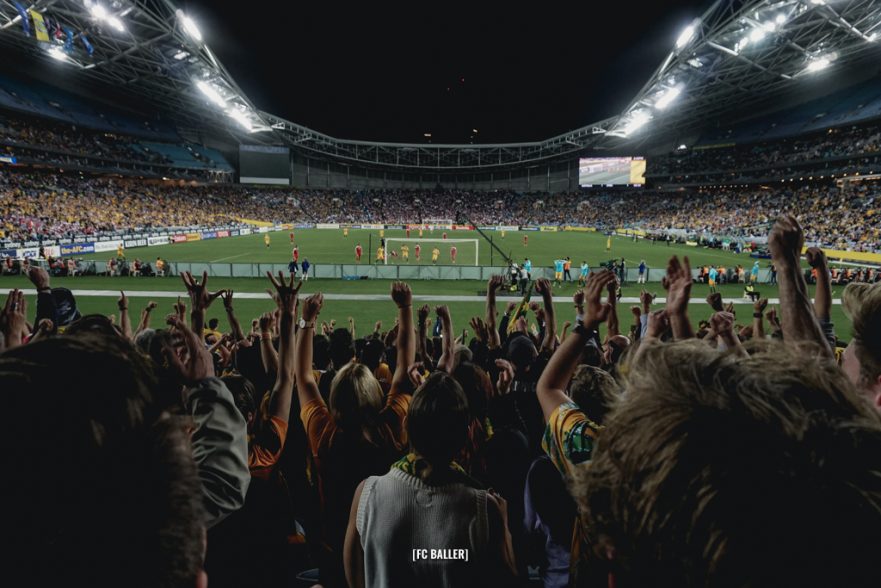 A night that the nation won’t forget in a hurry. 42,000 fans at Stadium Australia gripping their seats in one of the most nail-biting games I’ve ever witnessed.

From the onset, we knew this wasn’t going to be an easy one. Our nerves rattled when the starting lineup was announced – Mooy on the bench? Seriously? An early goal from Syria set the tone as the Aussies scrambled to find their rhythm and the equaliser gave us fans some much-needed hope as we all strolled out to join the never-ending beer queues at half-time.

The second half saw more stretcher beds carried out onto the field than attempts on goal and the opposition setting themselves up toward nominations for the best Oscar Winning performance in the category of faked injuries.

Scores were locked at 1-1 (2-2 aggregate) as the full-time whistle blew and fans across Australia prepared themselves for another nerve-wracking 30 minutes of game time.

The most of us, we couldn’t bear to watch. Pacing backwards and forwards, occasionally glancing up to hurl abuse toward the pitch far below. 19 excruciating minutes went by before the glorious forehead of Tim Cahill did what we were all waiting for – he put his 50th (for the Socceroos) in the back of the net and one more much-needed point up on the board.

This is it! Australia may have a World Cup chance after all!

But things are never quite that simple are they? The drama was no way over as Syria won a late free-kick with mere seconds counting down. Up stepped Omar al Soma, he kissed the ball, placed it at his feet and lined up to take the shot that could potentially kill Australia’s dreams of making it to Russia. Everyone held their breath. You could have literally heard a pin drop. Then like a waking nightmare, he smacked the post and the Syrians were defeated.

The glorious sound of that final whistle allowed the crowd to breathe a collective sigh of relief and thank the football gods from above that it was all over.

Next up on the #LongerRoadToRussia we play-off against North and Central America’s fourth-best team. But that’s not until November so we’ve still got time to recover beforehand.

Source: Foxsports Images from the terrace by @_FCBaller_