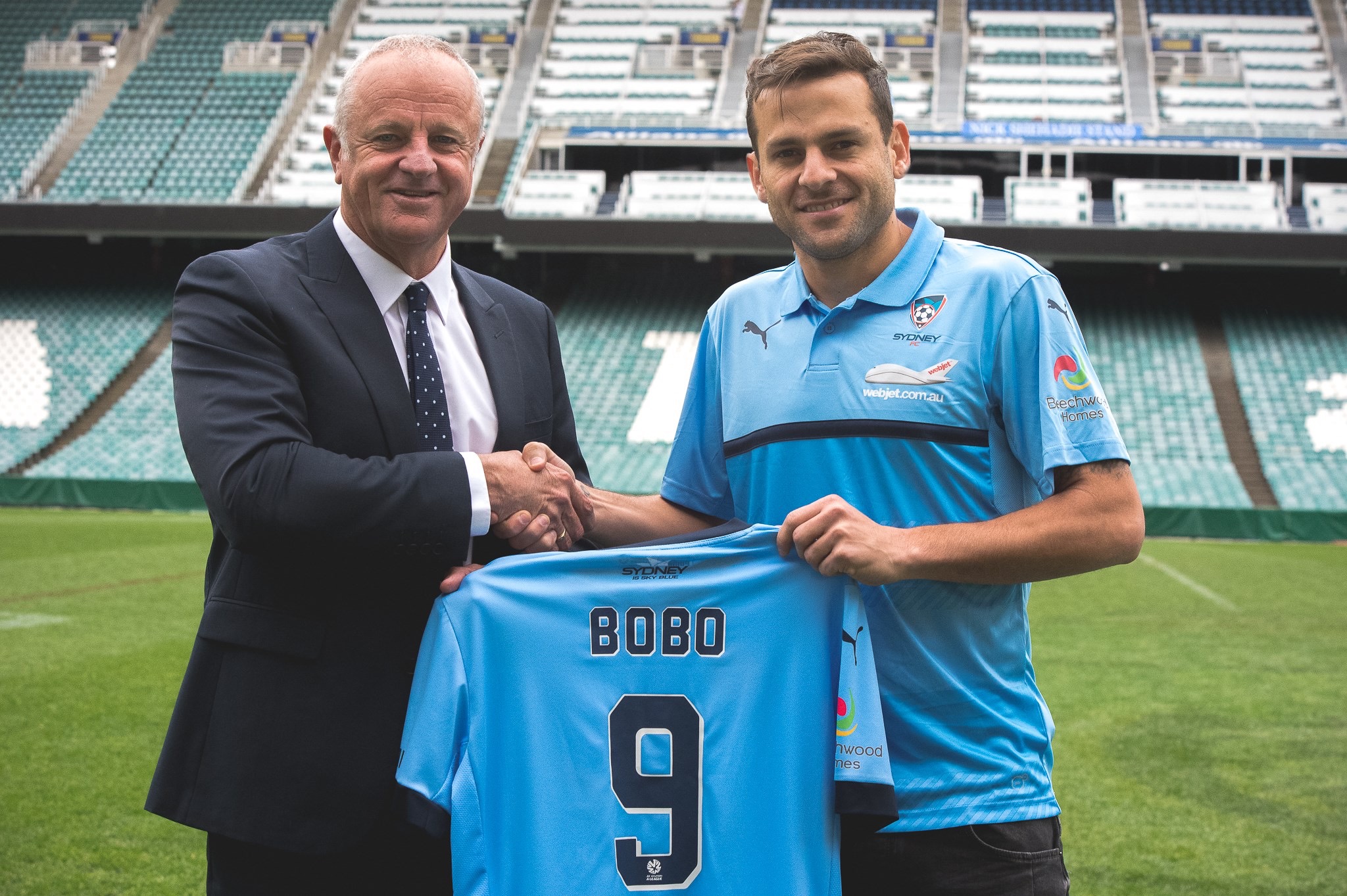 Nicknamed ‘Bobo’, the Brazilian striker leads the goalscoring charts for the Turkish giants, having hit 97 goals in 222 games for the 14-time Super-Lig Champions.

The 31 year old lifted the title in 2008/09 and also won the Turkish Cup three times and the Turkish Super Cup once in a five year spell in Istanbul.

During his time at Besiktas he also played in the UEFA Champions League against the likes of English Premier League giants Liverpool and nine-time French Champions Olympique Marseille, scoring against both in 2-1 victories.

He spent three seasons playing with fellow Turkish Super Lig side Kayserispor where he managed a goal ratio of just less than one in every two games, ending his association just last year.

Bobo joins the Sky Blues from top Brazilian side Gremio and is excited to begin the next stage of his career.

“I’m very happy to be joining to Sydney FC, it is a massive club with a big chance of winning silverware this season,” said the number nine.

“I am aware of the excellent signings Head Coach Graham Arnold has made in the last couple of months and I’m very impressed by the pedigree in his squad.

“I believe I am coming to Sydney FC to win trophies and I will not be satisfied until we have achieved that.”

Bobo will link up with former team mate Filip Holosko who sits second on Besiktas’ goalscoring list.  The pair played together for three seasons in Istanbul before Bobo moved on to pastures new.

“I have heard a lot about the fantastic Sydney FC Members, especially the Cove and the brilliant atmosphere they create. I can’t wait to play in front of them,” he said.

“I hope they will come out and support us this year because I want to make it a good season for them.”

Head Coach Graham Arnold believes the 1.86 metre centre forward will be a crucial addition in the club’s quest for trophies.

“Bobo is proven goalscorer with a great pedigree and I’m extremely excited to begin working with him,” he said. “He is a very natural striker, can score with either foot and his head and will be a major threat up front for us this season.

“His record speaks for itself, he has scored many goals in the top league in Turkey, he is clinical in front of goal and I think once he is up to speed, he is going to be a very exciting player for Sydney FC. I’m happy our squad is now looking very strong with still more than a month to go until the start of the season.”

Bobo has played 13 times for Brazil’s under 20’s scoring seven goals and will become the club’s second international marquee for this season.