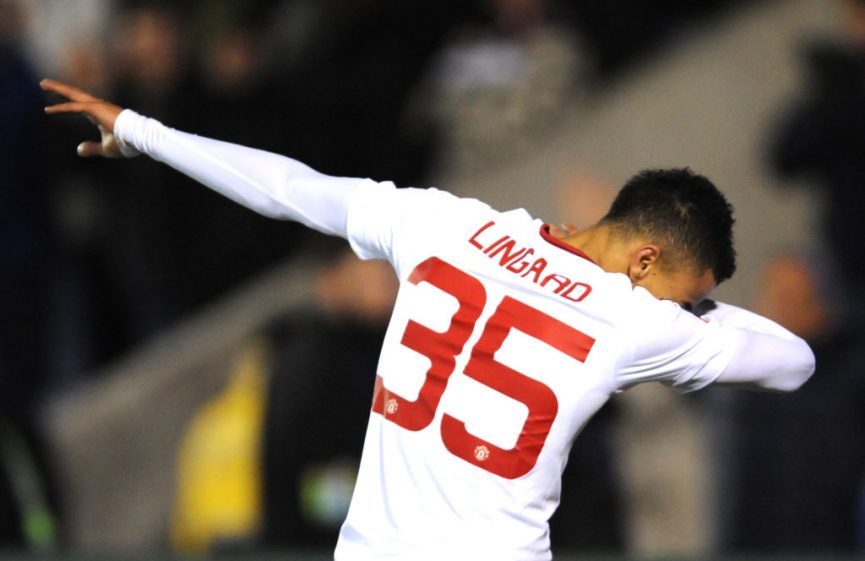 HP Lovecraft not only had a brilliant name, he also once claimed that, “No-one dances sober, unless they happen to be insane.” A valid observation perhaps, but it’s also probably fair to say that he should’ve added “or a modern footballer” to make that statement more accurate too. It’s the goal celebration you see. It’s getting a bit out of hand. Without doubt, expressions of emotion, passion and commitment on the pitch are important parts of football culture, and have been for a long time. They provide lasting, often iconic memories of moments of magic or significance. They’re a key component of the attraction for fans that fuels the atmosphere in stadiums the world over. Atmospheres that other sports can only dream of. But it’s a very fine line between celebration and narcissism, and lately, I’ve developed an awkward relationship with the post-goal “look at me and look at my mate and look what we’ve come up with” shenanigans. I want to enjoy them…I really do. But I just can’t. Maybe it’s me. Entering middle age and getting old. Maybe it’s them. All fancy like with their new-fangled dabbing and shit. Whatever it is, the customised celebration has seemingly become of almost equal importance to the goal itself, with the phenomena being used by some players simply to make themselves more amenable to supporters and therefore by default, more marketable.

There used to be a time when a quick hand shake with team mates and a crimson-faced jog back to the halfway line with ruffled hair was the norm. However, it seems that the modern goalscorer now needs to be part of a choreographed semi-erotic or quasi-religious ritual in order to cap off their efforts. Along with a Twitter account and a hefty transfer fee negotiated by an uber agent, the “personalised goal celebration” has become a staple feature of the modern pro’s persona. Anyone who’s anyone has one; Gareth Bale, with his heart shaped fingers + thumbs thing that looks like it was invented by 6 year olds at recess; Rooney, who perhaps can’t figure out Bale’s, or a 6 year old’s manual dexterity for that matter, carefully placing his hands together to form a triangle with arms raised in glory, looking towards the Gods. As if that didn’t draw enough attention, the finale then features a double handed kiss up to the heavens. It makes me do a sick in my mouth and I’m a United fan. Ronaldo too leaps, spins and simultaneously spreads his arms, landing as if completing an Olympic gymnastic floor routine. Without question CR7™ is a fine athlete, but more often than not he’s scored against Las Palmas for the 3rd time that half. Is there any need to see it all again? Surely not. These are all fantastic footballers of course, but do they now have people that advise them on how to perform after they’ve scored? Practice in the mirror? Are they part of their contracts? As ridiculous as it sounds, it’s within the realms of possibility. Certainly, posts on social media frequently show players rehearsing dance routines in the dressing room that are (hopefully) then repeated on the pitch. Some of them last ages. How about scoring first and then worrying about what to do next? First and foremost fans want to know that players have got their priorities in order, and post goal celebrations should be way down the pecking order. But increasingly, they’re not. It’s all starting to get a bit grating and cringe worthy to be honest – tacky “brand awareness” gimmicks staining the football landscape. When goals are scored to win football matches or they’re of a similar level of importance such as taking the lead against a bigger team for example, or a late equaliser, fair enough, by all means celebrate. But all this nonsense when you’re already 2 or 3 up is nothing more than contrived fodder for the cameras and club marketing departments, and at its worst, it’s a theatrical attempt to manipulate fans.

There are times of course, when celebrations have authentic sentiments behind them and are uncontrollable bursts of emotion – with some even deservedly defining tournaments and eras. Fans can relate to these. Marco Tardelli’s epic run in the 1982 World Cup Final for example is spine tingling footage for anyone to see – never mind just those with an interest in football. Similarly, Roger Miller’s samba captured the essence of the underdog in Italia 90, and Stuart Pearce’s spontaneous roar after converting his penalty against Spain in the ’96 Euros was genuinely justified given the personal redemption it symbolised for him. Obviously, there are times too when the post-goal celebration represents an opportune moment to make a statement – and if they’re well thought out, witty or socially poignant then fair enough. I don’t think many fans begrudge this given the immense public scrutiny players live under. Paul Gascoigne’s infamous dentist’s chair routine was the perfect response to some of the British press’ brutal, over the top coverage. Similarly, Mario Balotelli’s revealing of his “Why Always Me?” t-shirt at Old Trafford, Robbie Fowler’s cheeky touchline snifter and Jimmy Bullard’s telling off of the Hull players at Manchester City all made individual points and blended in some tongue in cheek humour. You might say these had no place in the game either, but whilst acknowledging they were all probably pre-planned – just like their modern day equivalents – they weren’t designed to try and fool fans into buying into an image either. They weren’t attempts to convince them that they’d just witnessed the work of a genius who was worthy of yet more adoration, and nor were they used as marketing tools – which seems to be one of the main purposes of a celebration nowadays.

Real footballers, those that genuinely care about the fans and the game, don’t blur the lines between the significance of their goal and their own ego. They recognise a goal’s true worth and what their role is. Ian Rush and Alan Shearer were classic examples – head bowed, one arm raised after scoring. Scholes was pretty much the same, but only if he was forced to. They accepted and acknowledged the praise from the terraces and moved on. Job done. Proper footballers. I’m sure there’s others out there like them today, but certainly, there’s also an oversupply of meaningless, shallow acts. It’s getting uncomfortable to continually watch grown men start dancing or shadow box with a corner flag when in reality, they’re doing the job they’re ultimately paid to do. I used to be a teacher and I didn’t take my shirt off and knee slide across the classroom after successfully marking the roll at the start of a lesson. I’m not sure why some footballers these days feel the need? They should be scoring goals.

Maybe it’s just one of the signs of what football has become? Or society itself? Nevertheless, whatever it is, its time the dancing stopped and these players got back in their own half so they can get on with what they’re there for and what the fans are there to see. The football.

By David Oswell for [FC BALLER]

What people have said so far!

“The saying go’s, “out of all the unimportant things in life, football is the most important”. I don’t think anyone can truly believe that because it so much more. Life is about those moments of uncontrollable emotion and this fanzine brings them all to life in a way that not only Sky Blues, but all football fans that live for the terraces can cherish. @_fcballer_ I didn’t even get past the first page before tears were in my eyes. Your work is unparalleled, congratulations on bringing this to life ” – @jonnooo_zal